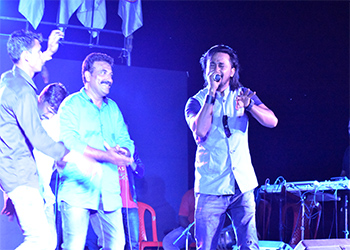 Cochin navadarshan is best in Ganamela, Mega Show,fusion programme Ganamela, Event management, Mimics and all other entertainment activities in your place. Cochin Navadarshan is leading orchestra troupe in palakkad. Ganamela in palakkad area very much enjoyed the peoples who are most welcomed by their own celebrities taking shows in the stage.